The Importance of Media Literacy in Preventing Child Sex Trafficking 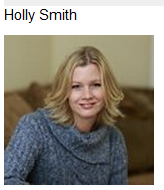 WASHINGTON, DC, June 19 2012 - I was trafficked when I was fourteen years old.  It was the summer between eighth grade middle school and ninth grade high school.  The man who trafficked me convinced me to run away from home with stories about Hollywood.  He said he could help me become a model, an actress, or a songwriter, and that he could introduce me to famous people.  Some say that a 14-year-old is old enough to understand that wasn’t a reality.
I beg to differ.
The world created by the media for young teens is saturated with stories about celebrities.  The idea of being famous or becoming famous is pushed on almost all types of media.  From 16 and Pregnant to American Idol, teens are watching girls transform from being regular kids to becoming household names.  And these are the names deemed to be important and worthy enough to be mentioned on teen-driven media like MTV, the radio, and fashion magazines.
Traffickers are fully aware of what popular culture is telling your teens.  This is why my top prevention strategies for child trafficking include media literacy programs in intermediate, middle, and high schools.
Role Models.  Today’s role models for children and teens consist mainly of movie actors, mainstream musicians, and other television celebrities.  This encourages children to aim for one goal: fame.  Traffickers will entice young girls and boys with false promises for Hollywood stardom.  I strongly encourage educators to promote local young role models via posters, class trips, and invitations for speaking engagements inside the classroom.  Although many role models are entertainers, they can also be involved in sports, nutrition, advocacy, volunteering, politics, entrepreneurship, and other areas which promote critical thinking and positivity. To help children understand these effects from advertising, try showing Nicole Clark’s documentary, Cover Girl Culture.
Advertising.  Traffickers recognize that, from billboards to commercials to magazines, advertisers are telling your children that they must have a certain product or line of clothing in order to be cool.  Those kids who can’t afford these products often feel less worthy, leading to decreased self-value and depression.  If children are shown the process behind marketing, then they will better understand that a celebrity or model is getting paid to tell them that they need this or that product.  Traffickers capitalize on a child’s need to feel accepted, and they often entice them with trendy clothes and shoes.  An excellent documentary for this topic is Adriana Barbaro & Jeremy Earp documentary, Consuming Kids: the Commercialization of Childhood.
Unrealistic Beauty.  Advertisements are saturated with images of women with impossibly thin figures and impossibly perfect complexions.  The fact is most of these models sit through hours of make-up applications and hair treatments; plus, the final pictures are typically photo-shopped to shave off inches and to conceal imperfections.  Without educating them about it, children and teens don’t understand this.  And those who are left in the dark often compare themselves to these unrealistic images, often leading to low self-esteem.  This is the reason traffickers often romance teens and preteens with affirmations about their beauty.  Educators can counteract this culture by showing Jean Kilbourne’s documentary, Killing Us Softly: Advertising's Image of Womenand by hanging posters of role models in all shapes, sizes, and colors.
Objectification and Self-Objectification.  Advertisements often show women as objects.  From convenient store posters of bathing-suit clad models toting beer bottles to television commercials of seemingly nude women promoting a webhosting company, women are constantly shown as sexual objects. This overload of imagery causes girls to self-objectify, meaning they begin to view themselves as objects to display and critique.  Self-objectification leads to a myriad of health issues including eating disorders, body shame, and depression.  Educating children about the negative effects of this culture is the only way to expose the marketing industry and to empower young people to overcome the devices of deception used by enterprise tycoons.  Jean Kilbourne and Nicole Clark both address this topic in their documentaries.
Oversexualization of Girls.  The ages of objectified girls in the media are getting younger and younger.  What this tells young girls is that they must have sex appeal.  A sex trafficker once said that he didn’t have to groom his victims because society did that for him.  I can personally attest to this.  The media is saturated with messages about sex, from rap music lyrics to Abercrombie & Fitch advertisements.  Educators should have open discussions with students about the meanings behind music lyrics and advertising images.  I highly recommend assigning M. Gigi’s Durham’s book, The Lolita Effect, or watching Elizabeth Massie’s documentary, What a Girl Wants.
Violence against Women.  Scenes containing sexual images are often rife with violence against women, especially in music videos.  Not only does this lead young women to accept, and even expect, a certain level of violence, but it leads young men to also believe that a certain level of violence is acceptable.  Educators must have open discussions with students about the meanings behind music videos, lyrics, and scenes in popular movies.  I highly recommend that college professors show Sut Jhally’s documentary, Dreamworlds 3: Desire, Sex and Power in Music Video.
To order the above-mentioned documentaries and others, please visit the Media Education Foundation and Women Make Movies.
Holly Austin Smith is a survivor advocate, author, and speaker.  She invites you to join her onFacebook or Twitter and to follow her personal blog.
Fonte: The Washington Times Communities (http://communities.washingtontimes.com/neighborhood/speaking-out/2012/jun/19/importance-media-literacy-preventing-child-sex-tra/)
MediaLiteracy