(Opinion) It’s been a long time coming, but policymakers are finally catching up with the dramatic changes that have taken place in the media environment. 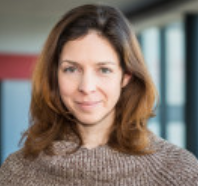 The EU has proposed a suite of packages that aims to rein in the power of big tech companies while providing support for struggling media outlets. In Ireland, the Future of Media Commission is investigating how media can be sustainably funded, while the Online Safety and Media Regulation Bill is currently undergoing pre-legislative scrutiny. This Bill will establish a new media regulator with a remit that includes online platforms.

These are important developments that will shape the media landscape for decades to come. They are underpinned by a belief that media play a central role in democratic and civic life and they are informed by concerns about the media’s ability to fulfil that role in the digital environment.

A core problem is that not all media outlets have developed a way to make money online. Traditionally, news outlets relied on advertising to cover costs.That model has collapsed as digital advertisers no longer need media outlets to reach audiences.

Analysis by the marketing company Core found that Google and Facebook collected 81% of all online advertising revenue in Ireland in 2019. That dominance squeezes out Irish media. The consequences are already evident as outlets have been forced to close or cut staff.

"According to Local Ireland, 16 regional newspapers closed over the past decade and employment in the sector halved. Without local media, court sessions and council meetings will go unreported. In the US, “news deserts” have emerged where there is no journalism coverage."

Various remedies are proposed including increased public funding for media and levies on tech companies. Media literacy is needed to ensure the public not only understand these issues but also can contribute meaningfully to the debates.

Evidence suggests there are major knowledge gaps in the public’s understanding of media. In the 2018 Digital News Report, only 12% of Irish respondents were aware that online news is generally not profitable. The vast majority (72%) did not understand that algorithms determine what news appears on Facebook feeds.

"In this year’s report, 37% are aware that most news outlets are less profitable than they were 10 years ago, but the majority remain misinformed. That knowledge gap may explain why half of the respondents say they are “not very” or “not at all” concerned about the financial state of commercial media."