From New Media Literacies to New Media Expertise: “Confronting the Challenges of a Participatory Culture” Revisited
Henry Jenkins
Provost’s Professor of Communications, Journalism, and Cinematic Art at the University of Southern California
The past few decades have represented a phase of profound and prolonged media change of a kind seen only a few times in human history — roughly comparable to the changes set into motion by the emergence of the printing press or the explosion of new media technologies in the late 19th and early 20th century. The invention and ongoing reinvention of digital and mobile communications media has resulted in the experience of constant cultural churn, as part of the ongoing process by which society adjusts to their affordances and capacities.

The result has been a hyperconsciousness about the nature of media and mediation as people have proposed and worked through new cultural practices, social configurations, economic models, political debates, each shaped by the shifts in our relations to time and space informed by these new tools and processes.

The rhetoric of “digital revolution” has taken institutions, beliefs, and practices that once seemed deeply entrenched and opened them to reconsideration and revision. The idea of a digital revolution is, of course, a simplification but that fantasy was worth holding onto as long as it was opening up the chances to imagine new possibilities. If many of the established institutions proved more resistant than some cyberenthusiasts imagined, all of them were impacted, if not transformed, by the debates inspired by new media. The rhetoric of the digital revolution was framed around a theory of displacement as new media superceded the old. This is not what happened. Rather, we’ve seen a process of convergence as old and new media influence each other in previously unanticipated ways. In particular, we have seen significant shifts in the conditions of cultural production, distribution, and consumption, all now placing much greater emphasis on the engagement and active participation of media audiences.

All of these changes have, in turn, left a strong impression on every discipline inside the academy and every sphere of activity beyond its borders. In such a world, we should no longer be debating the value of media education. The real question is whether media education should be a stand-alone discipline or whether expertise in media should be integrated across all disciplines, just as the ability to communicate is increasingly recognized as valuable across the curriculum.

At the most general level, every student needs to acquire basic social skills and cultural competencies which reflect the demands and opportunities of living in a participatory culture. (By a participatory culture, I mean one where most people have the capacity to take media in their own hands and shape the circulation of ideas and images. We do not yet live in a fully participatory culture, to be sure, but our culture as a whole is now much more participatory than it was before the rise of networked computing.) In a white paper I coauthored for the MacArthur Foundation (Jenkins et al), we identified 12 basic skills (Play, Performance, Simulation, Visualization, Transmedia Navigation, Networking, Negotiation, Collective Intelligence, Distributed Cognition, Judgement, Appropriation, Multitasking) which we felt every learner needed to master. We see these skills as operating alongside traditional kinds of literacies (those of the print culture and the Broadcast era) and we see them as dispositions or habits of mind which will persist despite future waves of media change. We’ve been developing curricular resources to show how different mixes of these skills might allign with particular school subjects, such as looking at appropriation and performance in a literature classroom or simulation and visualizations in the social sciences.

Beyond these core skills which need to be integrated into K-12 education, though, I might also argue for kinds of contextual knowledge which are vital in making sense of the changes taking place around us. All learners need to acquire a basic understanding of the processes of media change, an understanding which in turn requires a fuller grasp of the history of previous moments of media in transition. All learners need to acquire a core understanding of the institutions and practices shaping the production and ciculation of media — from the Broadcast networks to the social networks, from Madison Avenue to Silicon Valley.

Media education in previous eras has been primarily defensive, reflecting the reality of a world where most of the media we consumed was produced by powerful institutions and not subject to influence on the grassroots level. We now need to prepare people to manage the risks and embrace the opportunities implicit in expanding our capacities to use media as a resource in our day to day interactions. We might start with the now classic distinction between mass culture (as a term describing process of production, where media is mass produced for mass consumption) and popular culture (a term of consumption, where everyday people deploy media content as a resource in making sense of their identities and social conditions). We might add to this a new focus on participatory culture (where a growing number of readers are becoming the authors of their own culture) and spreadable media (where many of us are also actively shaping the circulation of media through our social networks). Media education needs to be framed for participants, a role distinct from yet closely related to both producers and consumers as they were classically conceived.

Media education offers skills, knowledge, and conceptual frameworks we need in our everyday lives as consumers and citizens, members of families and communities, but they should also be part of the professional education of lawyers, doctors, businessmen, people entering a range of professions and occupations. At the present moment, there is a tremendous need across all sectors for what the industry calls “thought leadership” — the ability to translate big picture change into language that can be widely understood and engaged — as well as the capacity to deploy such media expertise to shape pragmatic and practical decisions.

Grant McCracken (2009) has argued that this hunger for insights into how media and cultural change impacts economic decision-making may lead many business to hire “Chief Cultural Officers,” ideally people who can bring humanistic expertise on culture and society into the C-Suite. If this vision came to pass, we might imagine media educated students entering not only the academy or the creative industries, but business of all kinds, policy think tanks, arts curatorships, journalism, advertising and branding, and a range of other jobs, many of which do not yet have names. Current media education tends to focus on reproducing the professoriate, despite declining numbers of jobs, and treating the vast number of our alums who get jobs elsewhere as if this was a failure of the system, an unfortunate byproduct of the decline of higher education. What if we reversed these priorities and saw the expertise media education offers as valuable in a range of different kinds of jobs and presented these options to our students at every step in the process.

The kinds of media education required for such a context differs profoundly from what we have offered in the past. For starters, it requires a much more conscious engagement with the relationship between theory and practice — not simply production practices (itself a big change given how often theory and production faculty sit at opposite ends of the conference table at faculty meetings) but the practices of everyday life. We need to compliment the current theoretical domains of media study with a more applied discipline, which encourages students to test their understanding through making things, solving problems, and sharing their insights with the general public.

Throughout, I have been using the term, media education, but it is worth noting that before we can achieve media education in my country, American universities will need to move beyond fragmented and medium specific fields to create a unified focus on the relations between media and the process of media change. We can no longer study media in isolation or opposition; we have to focus on the media ecology as a whole. We need to broaden our thinking to examine media across historical periods, across platforms, and across national borders.

In the process of reinventing media education, we will need to throw open the doors and windows, letting in the fresh air represented by engaging with many different disciplinary perspectives, since just as media expertise is needed across the university and the society, no one field can claim to know everything we need to know about media. We are going to need to reconfigure knowledge to reflect profound shifts in the realities of living in a transmedia and networked culture. I’ve joked that the best contributors of this new media studies will be thoroughly undisciplined, the kind of students who never could decide what they wanted to major in — not because they lacked interests but because what interested them lay at some as yet uncharted intersection between the terrain that was divided between the disciplines in the late industrial revolution era.

Perhaps what is going to be most challenging about this new media education is that in order to achieve these goals, academia is going to have to be more engaged with diverse publics, including working closely with industry. Many academics have fetishized their own isolation from the core debates shaping our society. If we are in the midst of a phase of profound media change, we will lose an extraordinary opportunity if we refuse to deploy our expertise to help reshape current institutions and practices.

The key to preserving our critical voice under such conditions is not to lock ourselves in our studies, but rather to provide the voices that constantly asks the hard questions, that move beyond the next quarter and think about the long view. Academics may be one of the few professions which celebrates the need to complicate things, so let us complicate things. Let us challenge established wisdom — whether the utopic and dystopic themes of popular journalism, the one-sided self-interested models of the business literature, or the assumptions shaping generations of academic theory which we inherit from a world where media operated under fundamentally different conditions. The new media education needs to be fearless and it can not achieve that goal if it is fettered by old orthodoxies and disciplined by inherited models.

Media education may be one of the last professions to reinvent itself in response to contemporary media changes; we should have been the first. 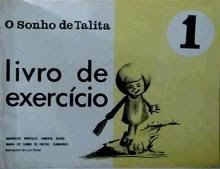